Unless you’ve been out of touch with media (all sorts), it’s pretty difficult to ignore the fact that Canadian Chris Hadfield is aboard the International Space Station.  From communication with William Shatner

to jamming with the Barenaked Ladies

to a Reddit session, to a Google Hangout, to the images, oh the images from space, he’s everywhere.

I would see the images pop up every now and again and really enjoyed taking a look at them.  But just like your first experience with Google Earth, interest goes over the top when it’s your back yard.  This image of Windsor, Tecumseh and Detroit really took some time to look, understand, and enjoy. 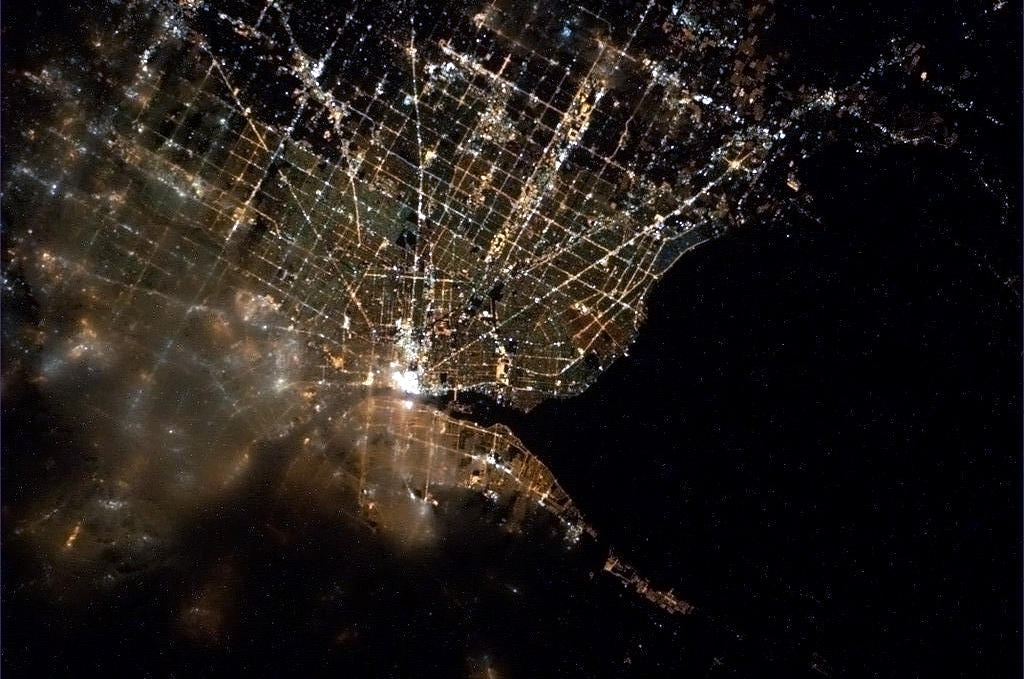 After enjoying even more of the images, it struck me that I had no permanent record of them.  So, I decided to put together a Storify document with all of the images that I could find.  I didn’t figure it would be that difficult.  Hah!

I started on the computer and did a search for @Cmdr_Hadfield.  What a dumb move.  Yes, it got me his Twitter messages but also every retweet ever made!  You’ve got to believe that there are hundreds of them.  So, I decided to search just for his Twitter name.  For some reason, nothing was found.  I searched for myself knowing that there should be content there.  Nothing.

As it happens, there was an update to the Storify app on the iPad so I grabbed it.  Lo and behold, I was able to start to assemble a wonderful Storify of those images.  Not only are the images there, but Storify does a terrific job of maintaining the original message that went with the image.  And, you can retweet these or mark them as favourites.

My needs may be than the marriage of Twitter and Storify could handle.  I was only able to go back about two weeks and yet, I was still able to assemble a nice collections of the images.  You can find them here.

I’m so happy that I was able to cobble together what I can.  It was a great opportunity to use Storify again and now I have at least a subset of what has been shared from the International Space Station, including an image of the Canadarm.  These are such incredible images – thanks @Cmdr_Hadfield.  A job very wel done.