I’m a big fan of Google Maps, Earth, and Streetview.  When I’m going to a new place, I’ll often enter the address, kick in Streetview to get an idea of what the place looks like so that I’ll know it when I see it.  It’s also a great way to kill some time just exploring.  I just find it fascinating.

So, you’ve got to believe that I fell for the bait when I saw this story.

It was kind of dumb because if Google doesn’t want me to see them, why would my immediate reaction be to load up the service and see for myself?

But, it was point #3 that I was really taken by – Google doesn’t want me to see Colonel Sanders?  I grew up admiring the guy’s work.  I remember fondly driving to Goderich for an order with my family and then going to eat it on the beach.

Rules are rules, I guess.  The Google position is that real people should have their image blurred.  There’s some comfort in this but he was also a hugely successful trademark.  After all, it really isn’t a picture but a sketch.

I had to check this out.

Sadly, the franchise has closed in town so I virtually moused my way over to Leamington to check it out.

Here’s the Streetview of the location, strategically located just across the road and down a bit from Leamington District Secondary School. 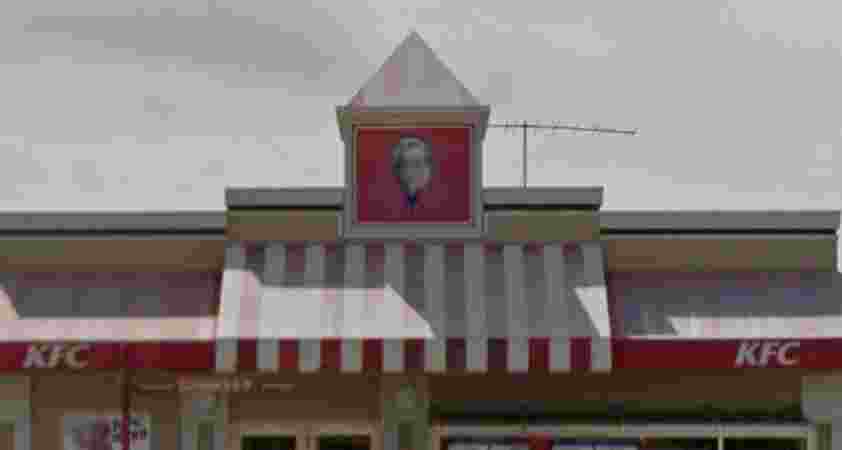 His image didn’t beat the odds with the road sign either. 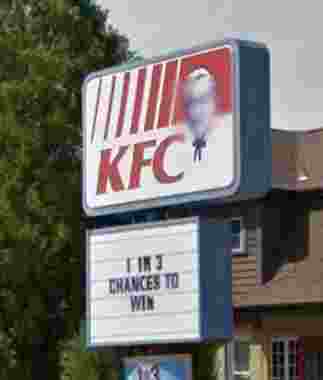 I guess I’ll just have to rely on my memories from his wonderful commercials from years gone by!

What a great starting point for a discussion of corporate ethics though!