Growing up, my mother’s contribution to my style was a reminder never to wear blue and green together.  So, I never did.

I still have that ringing in my mind today but the rule doesn’t always apply.  If it did, I’d have a whole lot of shirts that I can’t wear because my blue jeans are, well, blue.  Plus, one of my favourite shirts is a blue and green checkered pattern.  Maybe rules were really made to be broken.  Can we just add “within reason”?

There are a lot of rules about web design that seem to be broken, or at least bending these days.  In the article “How The Web Became Unreadable“, author Kevin Marks talks about readability.  I understand a great deal of what he’s getting at.  I’m not a fan of those super slim fonts that Apple and Microsoft use on their websites.  If I’m going to be reading online, I think it should be easy on the eye.

I’ll admit, it took me a whole lot of time to break away from Times New Roman as a font.  After all, it was the font used in every book I’d ever read.  Plus newspapers.  it was just the way it was.  Of course, publishers didn’t have the numbers of fonts available to them that we do currently.

Grudgingly, I moved along; probably the biggest influence was a former superintendent who used Verdana for everything.  Memos from him just seemed to have that extra bit of zip to them.  So, I broke the rule about Times New Roman and have gone to sans serif fonts now for the most part.  They do seem easier on the eye.  This blog uses 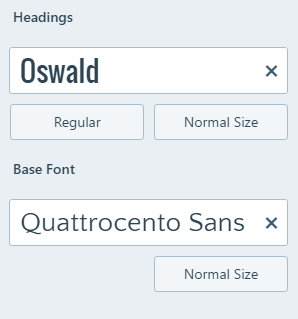 and not because I went looking for them – I had a blog post open at one time and was just a bit bored and worked my way down the list of fonts until I found a couple that looked good and applied them.  I think colours need a great deal of attention as well.  Everything on this blog is driven by my sunset picture at the top.  Using Photoshop, I did some colour picking and got things the way that I like them.  I originally started with a stark white background but then was influenced by the reports that a softer colour makes for easier reading; especially in the evenings.  I’m not sure that I can best describe the colour here except that it’s #f2f1ef.

Why not another colour or font?  Well, I guess the answer is because I can change it, I did.  I’m also cognizant that a blog is for reading and I’m a big fan of a plain appearance just for reading.  This particular layout is clean and built nicely just for reading.  If you want the other nonsense that goes along with blogs, you can always click the gear above to see it.

It can by an annoying thing to see a page covered with badges and other things.

I started thinking of other annoyances that I run into on a daily basis.  Often, they’re done just because the designer “could do it”.

POPUPS
I think the person that designed this concept should be banned from ever going online.  There’s nothing quite as annoying as to be in the middle of reading something and this big message pops up and throws a message at you “Subscribe to me” or “Buy my book” or “Work with me”.  I’d like to know if that has ever influenced anyone?  If I want to do any of the things offered, I’ll go looking for it.  Thank you.

NEWSPAPER FORMAT
Newspapers are entities that have always struggled with the internet cutting into their business.  In the beginning, it was a simple move.  Just make the web version like the paper version and people will transfer their loyalties.  I don’t know if it’s because that didn’t work or just because “we can do it”, the landing page of any major newspaper seems to want to have every story on the landing page.  The paper version doesn’t do that.  I didn’t particularly care until they started crashing my iPad browser.  Now, I care.

BLACK BACKGROUNDS
I’ll admit to being old school on this.  Every book that I’ve ever read comes with usually black type on a white background.  Success online should come in the same way.  There’s nothing that gets me going more than a blackground and yellow, or even worse, red text on top.  The strobing is deadly.  Now, dark backgrounds can be effective if you’re showcasing an image or a product.  I just don’t want to read text on it.

ANNOYING ADVERTISING
I’ll be up front about this.  I don’t mind advertising.  Anymore, though, often it’s like walking into a theatre and everyone is yelling to get your attention.  So, I just shush them with an ad blocker.  There are a number of services that are now playing catch up.  Visit their site and they throw up a big popup covering most of the screen saying that I can’t read until I turn the blocker off.  For the most part, I’ll just move on.  There are a couple worthwhile services that I will whitelist.  There is another annoying trend to throw advertising in your face – make them look like news stories to bypass the blocker.  Grrr.

AUTO PLAYING STUFF
I’ll confess to teaching an earlier version of this.  You’d go to a web page and music would automatically start playing. I guess I’m getting paybacks now.  There’s nothing more annoying that visiting a site and a video starts playing.  Thankfully, most browsers have a setting that let you decide to play on your terms with a “Click to Play” option.  The ones that require Flash to do things now look so dated.

I guess that’s enough to get it out of my system.  I understand that things need to change to stay up to date.  Just check out the versions of the Google Logo.

It’s interesting to look at these and I can usually understand where they’re coming from.  For good, and for bad.