I do have the WordPress plugin installed into my browser and it gives me notification whenever there’s a comment or a like or a follow to this blog.  I appreciate it when I get some feedback via comment but, quite frankly, the most edits that I have to do involved cleaning out spam that somehow gets through Akismet.

The concept of spamming is something that I’ll never understand.  I guess I could understand it if it was dropped on the blog on the most recent of posts.  That’s typically not the case.  It usually ends up on really old posts.  I don’t know – do people go back and read my old posts?  I know that @colleenkr did the other day but I think that’s the exception rather than the rule.  I know that the history aspect is something that I use as the blog is a record of things that I’ve thought about or explored but others?

So, this comment comes along.  It was tacked on to the blog post “A Visual Thesaurus” dated June 9, 2012.

My immediate thought was “Here we go again”.  I was ready to go ahead and mark it as spam.  But, I don’t know why, the comment seemed to not to be of the regular spam type.  Is it true?  Was the resource that I had written about originally gone to a pay service?  I checked and sure enough, it was asking for a registration.  It’s still a good service and if I was a serious writer, it might be worth paying for.

I then went back to the reply.  I didn’t want to be a sucker for link bait.  There were some things about it that looked good.  First, it had an https connection.  That’s a little more than your typical drive by spammer would have.  The website provided is the same as the gentleman’s name.  Again, that’s more effort than your see from your usual spammer.  So, I decided to check the link out.

Ever cautious, I actually visited the root of the site first.  The site looked like it was developed in WordPress and Google Chrome quickly identified the site as written in Vietnamese and offered to translate it for me.  Thanks for that.  It’s a well developed site with a great deal of poetry written and shared and images.  It all looks very well assembled so I decided to try out the provided Thinkmap link.

As I saw, the mood changed.  It now looks like your typical support page written by a coder.  Lots of text!  It’s not designed for beauty but for quick information and access.  This product is FOSS as noted in the reply.  There is an access to the source code and to the product.

From the page, there were links to download the project or to check out the demo. 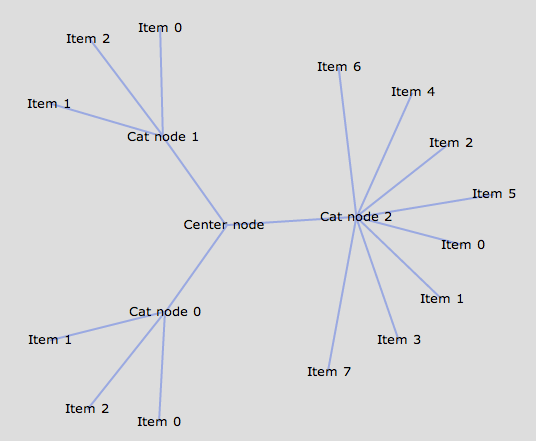 Digging around further reveals how to get the code and also how to join the team to further develop things.

How did this end up as a comment on my blog?

The changelog indicates that there’s changes made as of September 15.  I’m guessing that, upon completion, it was a matter of doing a web search to see who had written about the other project.

Like so many FOSS projects, I’m sure that this was written for the love of coding.  After doing my digging, I feel guilty to be so cautious before following the link to do my explorations.  The web can be a dangerous place and I guess this is just a sign of the times.  In the meantime, I had fun poking around and discovering a new resource.