Although the “I” in ISTE stands for International, its annual conference isn’t always held at an Ontario friendly time.  That was the case this year – it was the last week of school which made it a challenge for some to attend.  One who did attend was from Thames Valley and she shut the place down with her closing keynote.  But it was true Michelle to note the date and the students that she was missing because of it.  You’ve got to see her closing!

I know that she anguished over her presentation, spending literally months on it and then it was time to go live.

Thanks to the technology, those of us who were not in attendance in Denver could still experience things.

Of course, what would a technology conference be without a live stream of comments and media via Twitter.  But, it went further than that.

Check out the Sketchnotes that caught the highlights of her talk.

My #sketchnote of @cordym empowering closing keynote at #ISTE2016 It was a privilege to witness this great moment! pic.twitter.com/I0Gttj5L0W 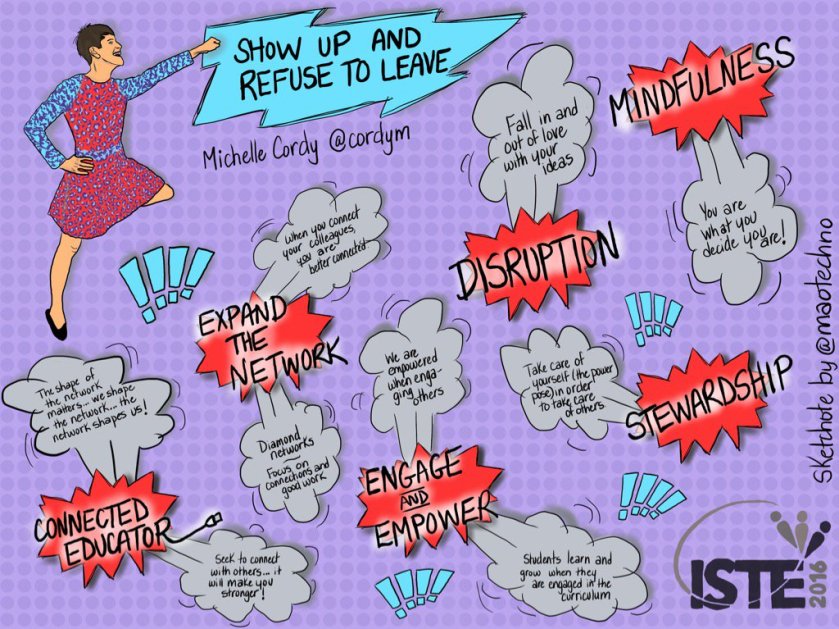 My notes from @cordym closing keynote at #ISTE2016 – time lapse coming soon! She was BRILLIANT. So proud of her. pic.twitter.com/WtAX5bqV7B 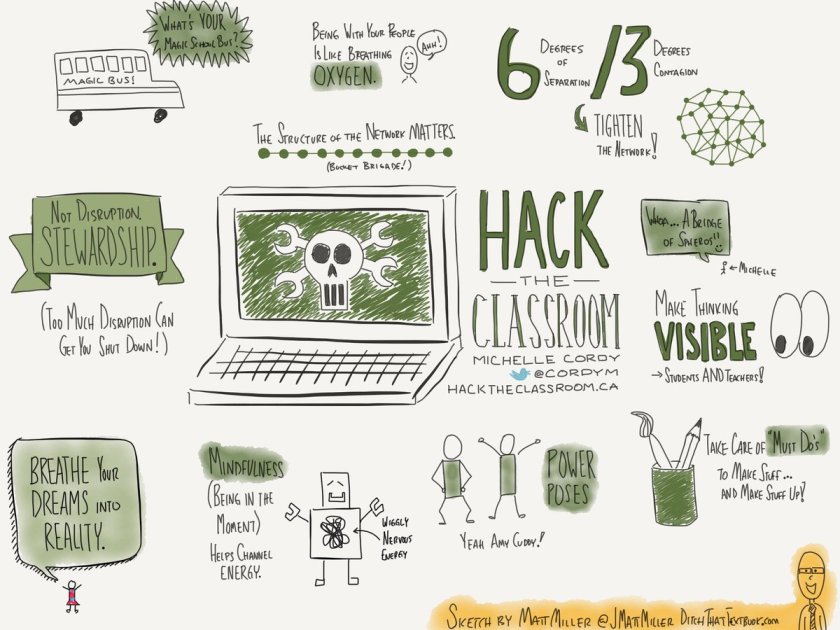 So, congratulations to Michelle for pulling it off and making the wonderful connections between herself, her class, Ontario, and beyond.

Thanks, also, to the technology.  Those in attendance certainly documented the event well using a variety of technologies.  Thanks to those who did so.

One of the special things is a Periscope recording thanks to Cori Coburn-Shiflett.

The hallmark of a great keynote address comes with its call to action and certainly Michelle did her best to reach out to educators and inspired them where they live.