I think this probably happens to everyone who ever was a teacher.  You’re in a public place and this person comes up to you like a long lost friend and you start to talk and get caught up.  It’s neat when it happens; in the context of this post, that person was a student I had years ago.

When I started teaching, I was only a few years older than the Grade 12 students in my class so it’s interesting to make reconnections years later.  They have grown up and matured.  I am positive that I haven’t.

Mr. Peterson – do you remember me?  (like we all remember every student we ever had!)

I stared a minute and it finally clicked in.  Yes, you’re xxxxxxxx!  How are you?

If this ever happens to you, you get bonus points for remembering the name.  In this case, I was at least a +10 because I recalled a few personal interactions that we had had as well.  Ironically, not in class but on the football field.

We chatted a few minutes about the good old days, talked about his family a bit, and then the question …

So, are you still into computers?

Yes, I poke around a bit.

We chatted a bit about how technology has changed over the years from little ol’ B41 and then it was time to move on.

Quite honestly, I was on a bit of a high for a moment feeling pretty good that I had remembered his name.  Like most things, the high kind of faded on the drive home and then was gone completely.

I had this friend request from the former student.  Where are all the advisories about friending students?  Probably the statute of limitations has expired.  After all, this person was a married working individual with children.

And a lot of Facebook friends!  In fact, we had three friends in common.

That was enough curiosity to have me click to find out who we knew in common.  What happened next was totally unexpected.

Beneath the friends that we had in common, I recognized another student name.  And another one.  I scrolled a bit more and saw a lot of names from the past.  This was actually kind of neat.  It was like the graduate reunion that has never happened.

But what was even neater was that many of them had complete profiles and Facebook provides a two line summary of them  As I looked, I got a glimpse of where they lived (some locally, some had moved away) and sometimes an idea of where they worked.

This struck me as pretty interesting.  So often, graduation night is the last time you typically see most of your students.  Sure, you run into a few here and there but this was intriguing.

It put real meaning into this quote. 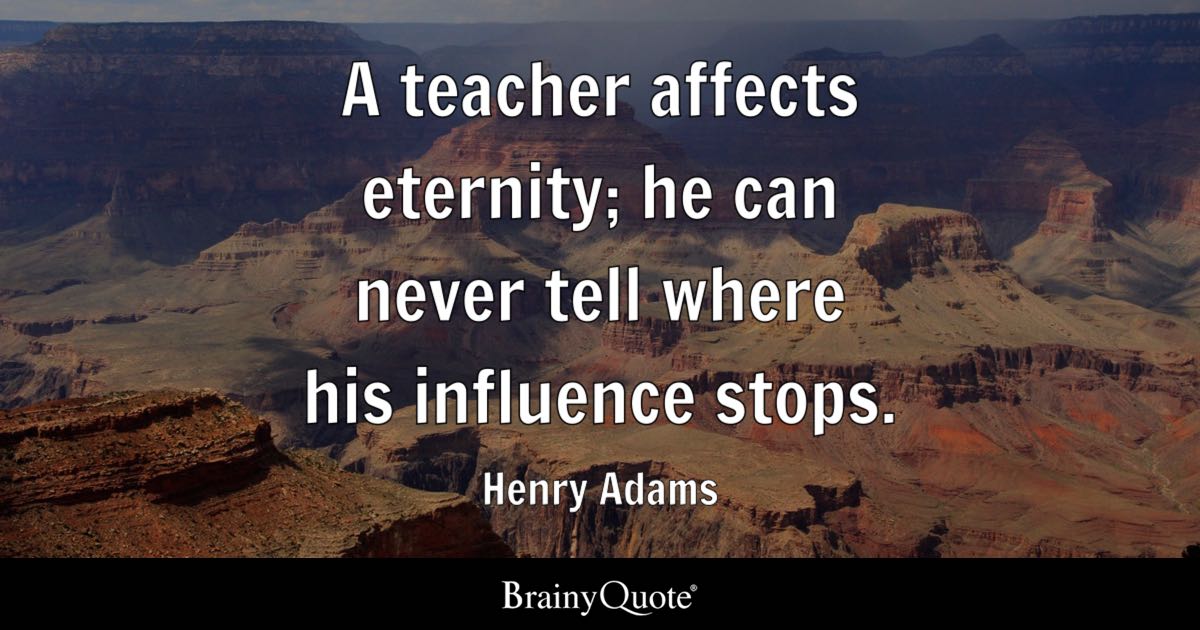