A day of freedom for me was having to turn in my iPhone to my employer.  Like the Blackberry before it, the thing was functional.  It made phone calls, connected to the internet, and let you install and ran applications.  You know, the stuff that you have one for.

And, it was customizable.  You could put a desktop image on the background.

Those of you who know me and/or my blog wouldn’t be surprised when I said that I felt handcuffed.  I got my first Android smartphone and realized that there was a whole different world out there.  Part of my frustration before was flipping through screen after screen looking for an application.  (Yeah, I install a lot.  That’s what memory is for.)

One of the nice features about Android is that you can change the Launcher.  This is the application that makes access to your other applications possible.  And, there’s a LOT of them.

Now, a big of a caveat here … I haven’t tried them all.  It’s just that when I read a review of yet another one, I read about a neat feature that I have to try out.  So, while I haven’t tried them all, I’ll confess to having tried a bunch of them!  And, surprisingly to me, I’m intrigued by launchers that try to work like Windows!  It actually shouldn’t be that big a surprise – Windows 8 was designed for touch and so is your smartphone.

Here are a few that I’ve poked around with, and quite frankly, enjoy the Windows experience with 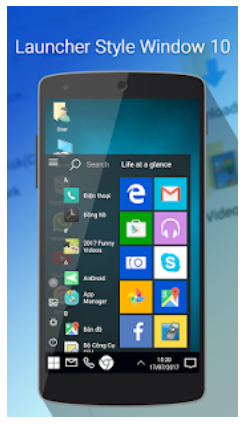 and the one that is currently installed comes from Microsoft itself. 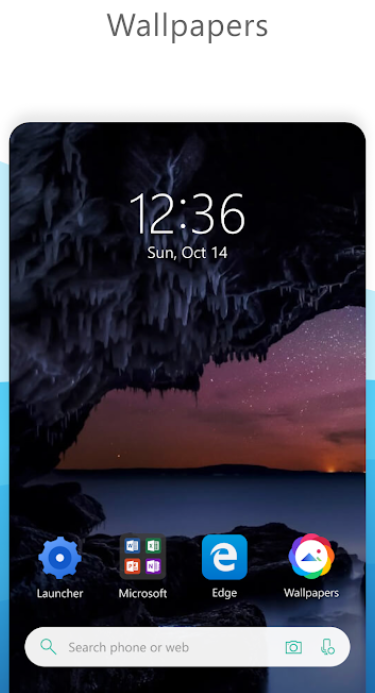 The new wallpaper every day plus the access to all the apps versus a scrolling page has caught my fancy – at least at this point in time.  No advertising is nice as well.

But, ever fickle, I caught a glance at a Windows XP launcher theme.  You know, back when computers were computers…

Please don’t read it anywhere else.