Many people were involved with the Hour of Code.

If you read the blogs and stories that permeated the media, you’ll know

For me, I enjoyed the Angry Birds activity from Code.org 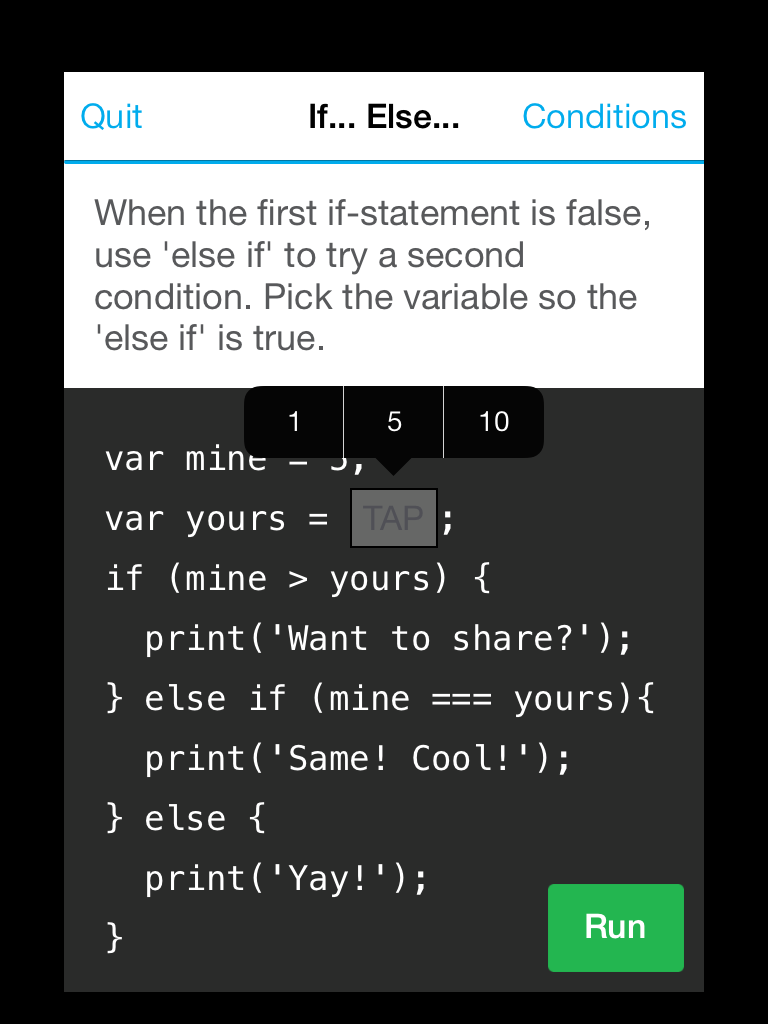 But, I wonder.  Are things done until there’s a similar push next year?

I sure hope not.

Hopefully, students and teachers have seen the benefits of coding.  Hopefully, school administrators will be supportive of more coding initiatives within their schools.  Hopefully, schools and school districts will recognize the need for solid professional learning opportunities for teachers.  One excellent opportunity is the CSTA’s Annual Conference.  This year’s event will be held in St. Charles, IL, July 14 and 15, 2014.

Let’s hope that people find a way to keep the momentum.  Search and bookmark Hour of Code Resources.  There’s a great deal just waiting to be used.

The location is the Marriott Hotel and Conference Centre in Quincy, Massachusetts and there are close to 300 Computer Science educators from around the world gathered for two days of unique and intense learning opportunities devoted exclusively to the discipline.  If you’re a Computer Science teacher, this is absolutely the place to be.

Check out the day’s agenda here.

Day one was actually a great deal of work for me.  This day is devoted to three hour workshops and my role on the committee was to serve as workshop chair.  So, I was on my horse continually visiting the rooms especially before the sessions started making sure that the presenters were all set.  As to be expected, there were some last minute gotchas.  Needed post it notes, tape, ability to connect a laptop into the audio system in the room, problems connecting to the data projector, and extra display tables needed to be brought into rooms.  Happily, nothing was insurmountable and everyone did a great job.  As could be predicted, internet access in a hotel had its own challenges.  Fortunately, we managed to encourage people to limit themselves to one device and that seemed to make a big difference.

Twitter messages from the day can be enjoyed here.

I didn’t count but I’m sure that Alfred Thompson was the most prolific content generator. 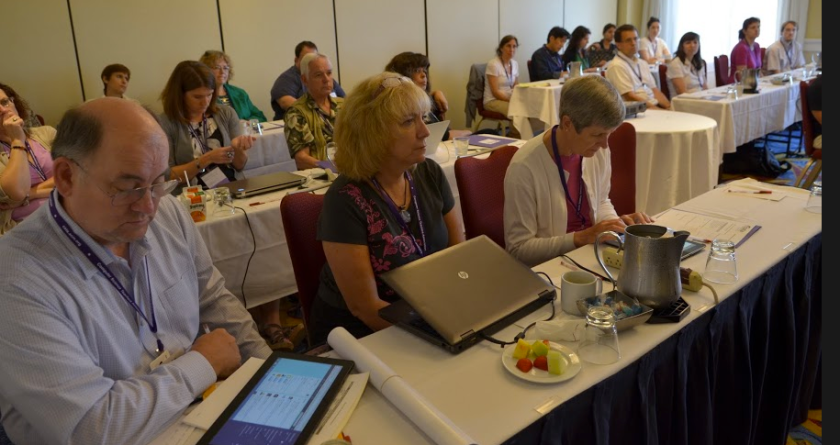 The conference was well documented by Peter Beens’ camera and abilities.  He’s shared his work on his Google Plus page.

I did get a chance to sit into a couple of sessions that interested me for a few minutes.  I really enjoyed Tom Lauwers’ session on robotics and programming with Finch, Hummingbird, and Snap in the morning.  In the afternoon, it was watching folks learn about Greenfoot with Neil Brown and Stephanie Hoeppner.  Of course, I saw bits and pieces of all of the sessions – it was great to see discussions about HTML5, App Inventor, Computing Thinking, and more.

The day culminated in a bus trip.  We headed to the Microsoft North East Research and Development Centre for a reception hosted by Microsoft.  We circulated through demonstrations of various Computer Science related stations featuring Visual Basic and TouchDevelop and were greeted by very friendly Microsoft employees and the mayor of Cambridge.  It was somber when we heard that there were thousands of jobs unfilled at Microsoft alone due to a lack of applications.  For those in Computer Science, this is a real call to action.  Why isn’t at least one course compulsory for graduation?

The view of the Charles River from the 11th floor room was spectacular.  Lots of boats and rowers made for some great pictures.

You had to be there!  It would have been nice to have got a lot closer to the get a better view.  Alas, time was not on our side and a couple hours later, we were back to the hotel where a few of us proposed solutions for all of the ills of the world.

It was a great Day One.  Looking forward to Day Two…

CSTA is proud to announce that Alex Suter, Research & Development Engineer for Industrial Light & Magic will be the closing keynote at this year’s Computer Science & Information Technology (CS & IT) Conference. Alex’s presentation, Industrial Software & Magic, will touch on his background in computer science and how he uses CS in his job. Alex is known for his work on movies such as Eragon, Starwars: Episode III – Revenge of the Sith, and Indiana Jones and the Kingdom of the Crystal Skull.

Don’t miss this exciting closing keynote! This year’s conference will be in Irvine, California, on July 9th and 10th.

For more information about CS & IT 2012, to view a full agenda, and to register, visit:

If you have been following the news, I’m sure that you’ve been at least mildly interested in the story coming from the Bronx Zoo about a missing cobra.  WPIX has the story on their website.  Someone with a great sense of humour has created a Twitter account for the snake.  You can "follow" the snake at @BronxZoosCobra.  The tweets coming from this account are hilarious.

He/She has one of the great avatars and a really good sense of humour.  Even if you decide not to be one of the thousands who are following the account, at least click this link and see what the snake has been saying.  At least one person read my Twitter message and replied.

In other news, I was in the Google Chrome store today and noticed a "new to me" Twitter client called Streamie.  One of Streamie’s claims to fame, other than running in the Chrome browser is that it updates in real time, very much like the Twitter plugin that I use with Seesmic Desktop or from the web through the Twitter website.

In fact, the first time I read the message from @jaxbeachteach, it was through Streamie.  It didn’t look like the above; it looked like this.

You’ll notice that the layout of the message and colouring is completely different but the content is exactly the same.

I’ve always maintained that all students should take at least one course in Computer Science.  There are the nay-sayers who feel that it’s not necessary.  "Programming is all gobbly-gook.  What’s important is being an end user and using the stuff"  Really?  You need to read or ponder Douglas Rushkoff’s book "Program or Be Programmed".  An excerpt from the book appears here.

Another claim to fame of Streamie is that you can configure it to see the JSON code behind a Twitter message.  All that you have to do is enable it in the configuration and double click to see it.  For the message above, here’s the code.

This CSTA conference is a professional development opportunity for computer science and information technology teachers who need practical, classroom focused information to help them prepare their students for the future.

Symposium Opportunities for Learning:
Take advantage of this opportunity for relevant professional development!

Act now to register for Symposium 2011 at:

Pre-registration is required and will be accepted for the first 250 teachers. You will receive a letter of confirmation when your registration is processed that will include the final agenda and location details. Registration deadline is June 28, 2011. Also please note that you must complete the Google checkout in order to be fully registered for the conference!

Find more information (including the full agenda) at:

Thanks to the generous donations of our sponsors, the registration fee of $40 (+$50 per workshop) includes lunches, resource materials, conference reception, raffle, and exciting Microsoft Imagine Cup activities in New York City.

Please note that all workshops are “bring your own laptop” and that registration is limited to 25-30 participants so please be sure to register early to get your workshop choice.

The 2011 CSTA CS&IT conference is made possible by the generous support of Microsoft Research, Google, and the Anita Borg Institute.

Please join us for this exciting event!

My Tweets
doug — off the record