Here’s a summary of some of the things I learned and published this week.

(You can follow my daily readings as they happen here.  Here are a selected few from the past week.)

Blog Posts on doug … off the record

My on demand radio page can be found here.  The latest edition features blog posts from:

I’ve got the Christmas decorations up, inside and out.  A couple of years ago, we bought one of those coloured laser things.  It’s kind of neat.  There are a lot of them around.

Last year, however, it stopped working.  For some reason, we didn’t get rid of it so I stuck in into the ground this year and, when the timer clicked in, darned if it didn’t work.

And, it worked for about a week.  Then, it stopped again.

I let it go a couple of days although I stopped to switch it on and off to see if that would fix it.  I learned a lot from Windows computers.

But there was no luck.

So, the other day, I decided it had to go.  As I pulled on it to remove it from the ground, it worked again.

At least for a couple of days.  Then it stopped again.

My fix is to try to pull it out again and it starts working.  There must be a loose connection somewhere.  At least, I now know that I can turn it on with a little effort.

It’s also a way to get a good dog picture. 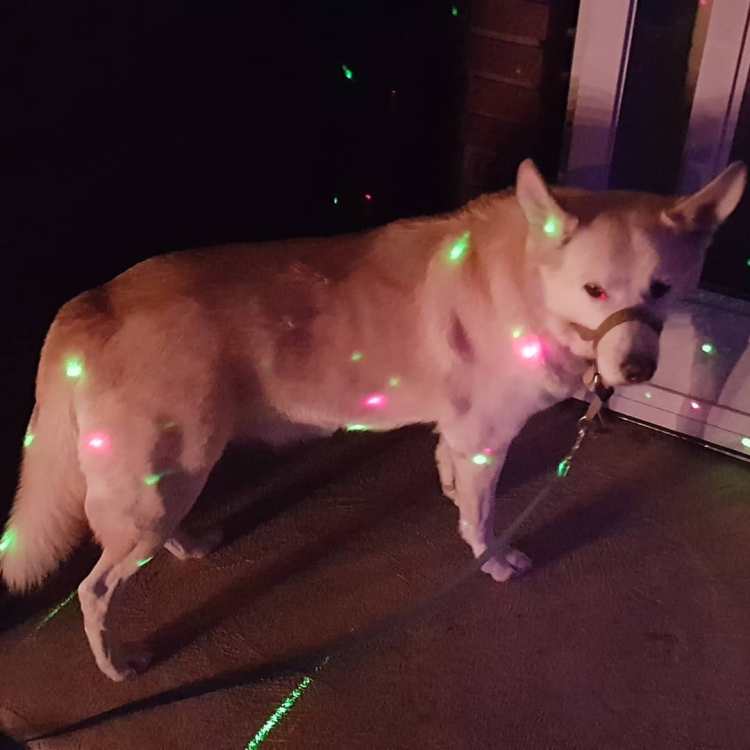 Don’t look into the light, Jaimie.

Video of the Week

For my Wednesday This Week in Ontario Edublogs show, we went with Dolly Parton’s Hard Candy Christmas.  Along the way, I found this wonderful duet of the song from Cyndi Lauper and Alison Krauss.

My Favourite Photo of the Week

My daughter is such a terrific little artist.  This year, she took on our front window.

It’s something that my mother did every year.  I’m delighted that she wants to continue the tradition. 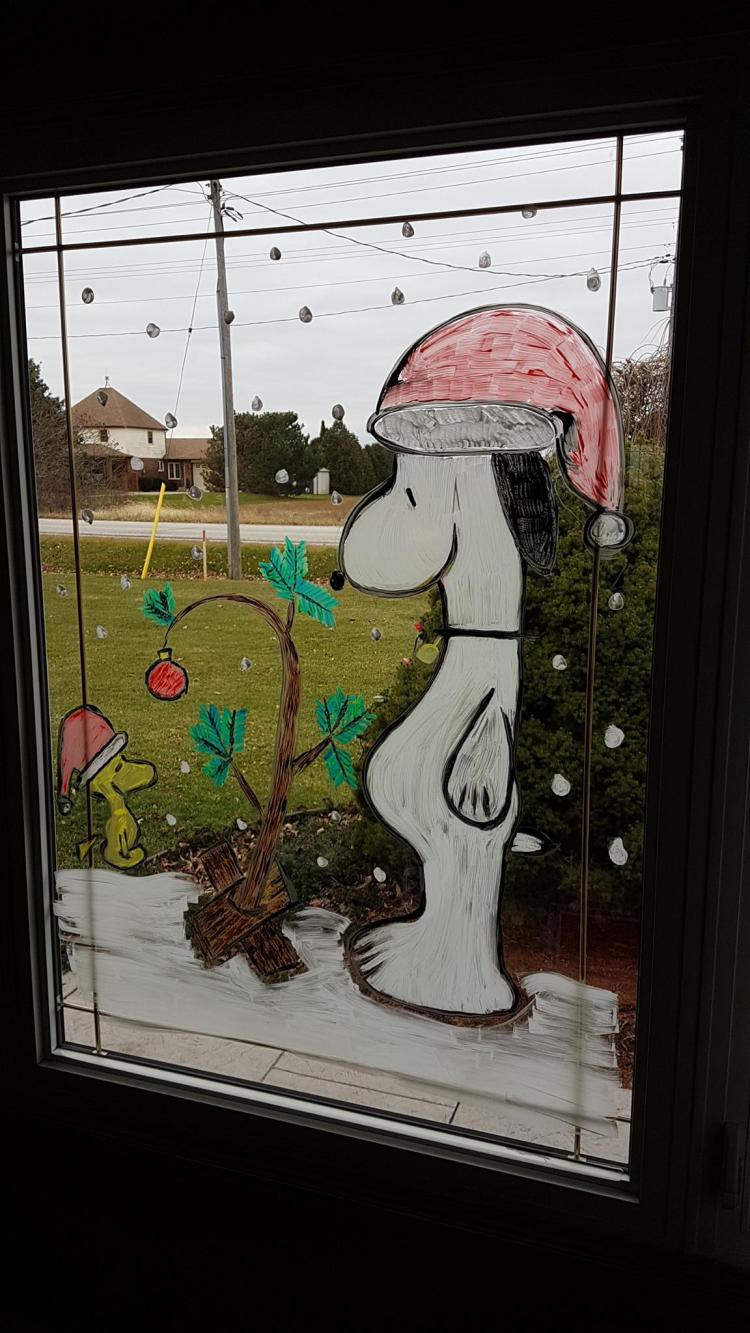