I drove home from Leamington the other day and, as I put things on the counter including my phone, I noticed that the home screen game me the temperature from Marshfield, Ontario.

I mentally retraced my path and I had no idea where Marshfield was.  I thought that I knew of every place in Essex County.  So, I said to myself

As it turns out, Google didn’t.  Marshfield, ON gave me a reference to some place in Massachusetts.  Marshfield, Ontario struck out on the Marshfield part but it was able to find Ontario.

I tried DuckDuckGo – it had never heard of it.  I tried Bing and got a hit!  And, a link to a map showing me where it was. 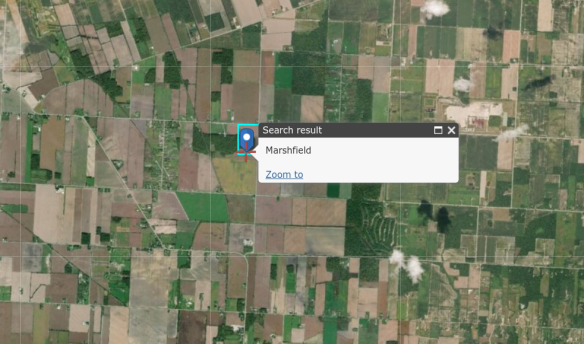 Or, from a Vector perspective.

OK, now it makes sense.  I had driven by it on County Road 18 or as longtimers call it, The Pike.

But, more interesting than now knowing where Marshfield was was the map that showed where it was.  The link was https://satellites.pro/

The best part comes from the pull down menu titled “Switch Map”. 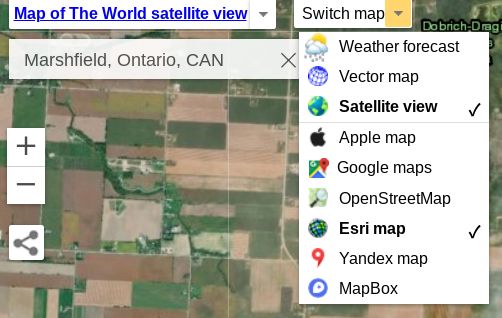 This is a definite keeper for me.  For those times when you might want a second opinion or just another look/representation of an area.

Note that Map of the World is a menu too.