Well, summer is here although I read on social media of so many dedicated Ontario educators who are leading or taking AQ courses or who are on writing teams.  There are also dedicated bloggers who continue to share their thoughts.  Interestingly, not all are directly related to education.  And that’s OK too.  You should have license to write about whatever you’re thinking about.  Read on to see some of what I caught recently.

Do you hear voices?  Tim King did.

It’s not uncommon to hear a radio from a motorcycle as it buzzes by on the road.  After all, a certain level of volume is required to make it listen-able.  But, if you’re standing on the front lawn watching them go by, it’s only there for a moment.

You’ll have to check out Tim’s thoughts when he was following someone with the radio cranked up.

Am I losing my mind? It took me several moments to realize that the three hundred pounder in beanie helmet, t-shirt and shorts on his baaiiiike in front of me had the radio so loud it was like I was in the front row of a concert, if it was a concert about carpet advertising.

Shopping For an Electric Car

I think that we all know that this will be our future.  It’s just a matter of when it happens.  Jennifer Aston shares her thoughts about shopping for an electric car.  To be honest, I wouldn’t have guessed that it would be hard to do.  I was wrong.

It was another wakeup call about values from her.  Thanks to her (and the Cheerios commercials), we didn’t put in our costly front garden plants this year but went instead for a collection of wild flowers.  Bring it on, bees. 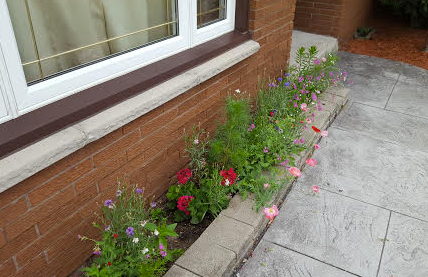 Perhaps in order to really make a change, we all need to invest in those things that reflect our values.

It really is nice to have a blogging friend who can serve as a social conscience at times.  I’m not ready to buy an electric car just yet but I know it’s coming.  This, from a guy who has difficulty in keeping his phone and watch charged for an entire day.

Willingness To Persevere With Learning Experiences

Rola Tibshirani did an “end of year” reflections with her Grade 6 students and took to her blog to share.

These were the leading questions…

After sharing this, she draws some conclusions from student responses and then looks forward to next year.

What a great way to honour and respect student voice.

Peter Beens also gave his students a chance for one last kick at the teacher.  He didn’t share the responses but did share the tool that he used with the students.

Knowing Peter, it’s not surprising that he used a Google Form to help collect the data.

It’s also an opportunity to formally have students reflect on the course.

Presumably, in both cases, the survey was done during class to get 100% participation.  Having tried to collect evaluations from conferences and other PD events, I know how hard it is to get people to respond.

Is leadership an innovative endeavour? – Response to George Couros

I was really curious to read Paul McGuire’s thoughts on this.  In his retirement, he’s known for making some brutally frank observations via his blog.

I would suspect that, if you ask any leader in education, that they would self-identify themselves as innovative.

It’s got to be a challenge; all of the administrative details could conceivably keep you nailed to a desk doing paperwork all day long.  I’m thinking principals here, based on Paul’s background.

It begs the question – and maybe Paul will write about it some day – what does an innovating leader look like?

My concern is that the urge to innovate seems to dissipate the higher people reach up the leadership ladder. There is certainly more pressure to follow the company line and as this pressure increases, the ability to innovate declines.

Each of these points are nicely fleshed out with his thoughts and some great pictures.

The ideas don’t have to be unique and earth shattering.  I think that the middle point is good advice for anyone; not just teachers of mathematics. 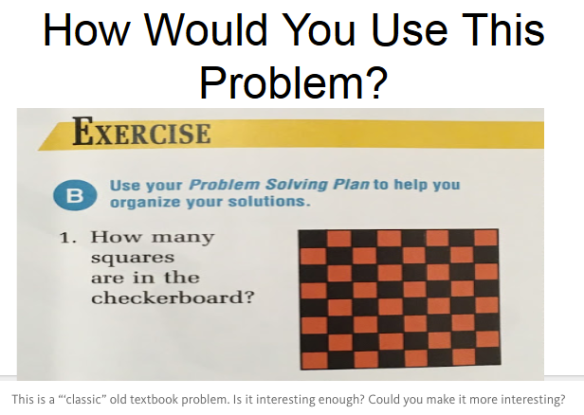 I remember this being the basis for a computer science problem – it went something like – position a chess knight in the top left square.  From there, it will make three moves.  Where could it possibly end up?

Sometimes, great things can emerge from the traditional.

Lessons from a Try A Tri

I’ll confess – this was a great title for a blog post.  Not that I wouldn’t want to read Jen Giffen’s stuff anyway, but I just had to know what she was talking about.

In this case, it was a mini-triathlon that she and a number of colleagues did before work.  With all the concern about student inactivity, why wouldn’t it work for teachers as well?  The effort that they had was pretty intensive.

You’ll have to read the entire post as she ties in thoughts about teamwork but there’s one sentence that affirms that Royan Lee is the gentleman that we know him to be.

How’s that for “outside the box”.  While Stephen Hurley and I were discussing this on VoiceED Radio, Derek Rhodenizer talked about a PD event where he took his staff fishing.

I was concerned that the first week of summer holidays might bring a shortage of great posts from Ontario Edubloggers.  I’m glad that those above proved me wrong.

If you’re a blogger yourself, keep at it.  I hope to catch your thoughts online.

Each week, I share some of these posts with Stephen Hurley on VoiceED radio.  They’re all archived here.  You can check out our weekly program live Wednesday mornings at 9:15.

1 thought on “This Week in Ontario Edublogs”