I learned the hard way that this concept was a really dumb idea for my classroom.

In the computer science classroom, you’re always looking for ideas for new problems for students requiring a computer solution.  So, this idea seemed like genius.  I would have the students write a program that would turn the regular keyboard into an organ.  The concept was relatively simple – the students would scan the keyboard and assign a tone to each key.  Those with a music slant quickly became the go-to person in the class as students fine tuned the sounds coming from the computer.

My concept was just to make some music and there was a bunch of technical things that the students had to do by reaching directly out to the hardware of the computer.

I’ll have to admit; they were engaged in the project like I hoped.

I expected “noise/music”.  Where my plan fell apart happened when they all played their masterpieces at the same time.  It didn’t take long to realize that this truly was a bad idea.  And what can you do?  I was the person who assigned the project.  Fortunately, time marched on and their interests turned to other things but I still remember the tunes lingering for a while!  I never played the clown again by asking the music teacher if it wouldn’t be easier to have all the students play the same song.

A group even thought that they would record songs and it had the net result of some pretty fancy planning.  They had to know the notes assigned to the keys and then write them down on paper before entering them via the keyboard, to record, and then playback.

So, all these memories came flooding back when I discovered and played around with Typatone. 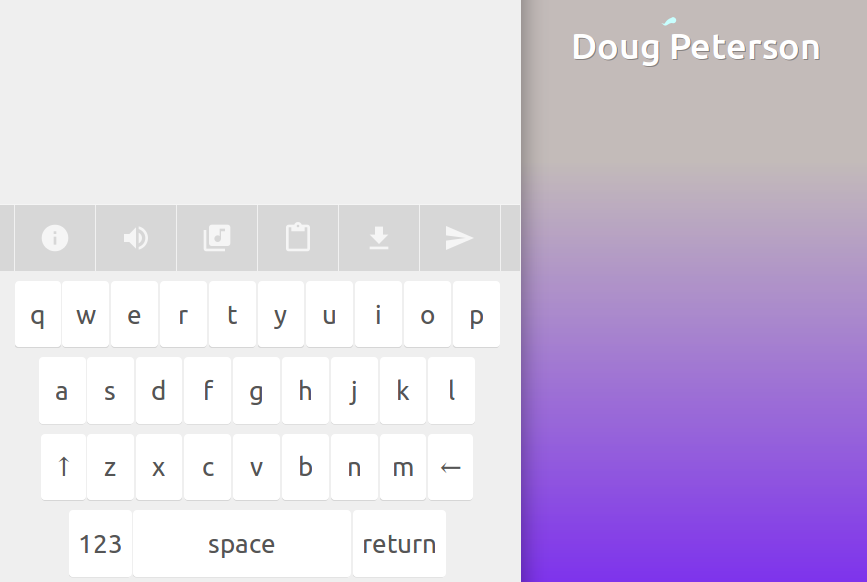 So, give it a shot.  Does your name sound as melodic as mine does?

Are you ready to share the site with a class full of students?