There’s never a shortage of good reading from the blogs of Ontario Educators.  Here’s some of what I caught this past week.

With this Twitter message, Lori DiMarco let me know of and invited me to be part of Toronto Catholic’s celebration for Digital Literacy Day.  It was an interesting concept – microblogging throughout the entire day with a new question posed each hour.

I was able to join in for a few minutes and, of course, threw in my two cents worth.  The good thing about Twitter is that it is self-documenting with the proper hashtag.  So, follow #TCDSB21C to see what you missed if you weren’t able to attend.  Kudos to those who organized this; I think it’s a nice trend to see, not only more people using hashtags, or a hashtag to mark an event, but individual school districts using hashtags to encourage conversations within because like minded people aren’t always able to meet face to face.

And, if you miss participating, just follow the hashtag afterwards.  Hopefully, someone Storified the day as well.

This was a neat little post from Brian Aspinall introducing some random number concepts in the Python programming language. 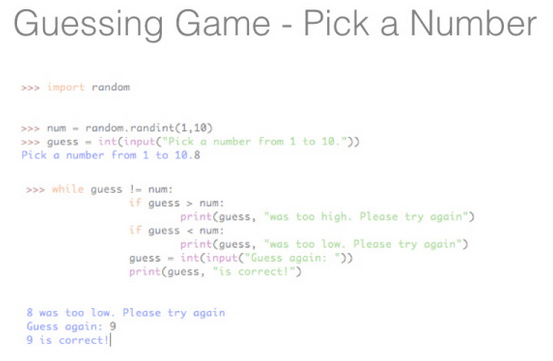 He’s got the classics – pick a number, rolling dice, …

It brought back great memories for me.  Students seem to love diving off the deep end when they can add some unpredictability (gaming) to their repertoire.  I remember some of my keen programmers who would code before/after school and at lunch.  They took the basic concept and ran with it.  Dungeons and Dragons and the special dice come to mind.  I also allowed students to “sway out” programming assignments if they could come up with a better idea than the one I assigned in class.  Of particular note when it came to random numbers was a group who wrote their own version of “Spill and Spell”. Somewhere, we’d got a hold of an ASCII dictionary file so that they could roll their own lettered dice and then have the computer generate legitimate words from it.

Scott Renaud was unable to attend his district’s rollout PD for the Vex so he did what any good computer curious educator does.

He took it home and learned it by himself.  The only thing better than that is to take it home to your kids, let them learn it, and then teach you.  That’s how I learned how to create video, courtesy of my son.

So, now that he’s got it personally mastered, how is it going to work in his classroom?

It’s All Good…or is it? Lessons Learned as a New Vice Principal

So, thirty days into the fire, Joanne Borges is an expert!

On January 4th of this year, I started a career learning journey as the newly appointed Vice Principal of a very large elementary school. I began this new role with mixed feelings of excitement and nerves. I am now a ‘one-month veteran’ and have learned some lessons in leadership worth sharing over the past 30 days.

She provides a list of 11 things she’s learned in her first month as a vice-principal.  I suspect that, over time, #11 will become increasingly important.  Her list is a good one and worthwhile sharing with those who would aspire to follow the same career path.

#InnovatorsMindset Blog Hop #2: If I Could Build a School..

I used to work with an eLearning teacher who often would start our planning/brainstorming meetings with a challenge to me “if you were King of the world, what would you do”?  I always had to choke back the words “I would throw out this and this and this and this and …” and identify all the roadblocks that I could see.  Of course, that’s just the world according to me – there has to be someone with the bigger picture.

Donna Fry takes on the topic of building a school in this post and gives her thoughts.  Her post is part of a blog hop with links to others.

It was interesting. Just in time, the other day she shared this Twitter message –

What a student learns from .. passing tests is not sufficient to teach you how to be a physician. https://t.co/mAE0R64RKX #InnovatorsMindset

@fryed But you can pass tests and be a doctor. (at least in education)

In education, we sure like the traditional. The only time I can think that someone got a doctorate in education was an honorary degree recognized for something that they’ve created or innovated outside the traditional educational environment.  No test other than real life experience involved.

With all the talk of creating and makerspaces, how will they ultimately prove their worth?  At the end of the year, everyone is concerned about the grade that’s on the report card.  What about the rest of it?

It’s an interesting concept to ponder.  Check out Donna’s post for a big list of her thoughts.

I love a great idea that I’d never seen before.  This one, by Deanna McLennan is genius.

I’ve seen variations on this theme but not one laid out quite like this.

It reminds me of a presentation that I had as a new teacher.  The speaker was talking about how friendly and welcoming our classrooms were.  He challenged us to meet students at the door and greet each of them personally as they entered the room.  So, 6 classes of 28 students generated 168 greetings and undoubtedly 168 confused looks. I think this experiment lasted two days.  Then it was back to seating plans to take attendance.  I’m sure that it was replaced by the one or two greetings given those who were late to class.  “Glad you could find time to join us today”.

Deanna’s approach is much friendlier and better for building pride and self-esteem.

That was the date of the article that Peter Skillen shared via photograph in his most recent blog post.  I guess he didn’t have the PDF of the story handy.

It will take a bit of effort because the post is actually a series of pictures but I’d suggest that you set aside some time and do indeed read it – twice.

The first time, it’s OK to giggle and smile.  After all, do the mathematics and see just how old the article is.  Take a big grin as you see the references to the technology of the time that Peter makes reference to.  Enjoy the black and white screen capture from Hypercard.

Then, read the article again and skip over the references to specific technology and enjoy the education message.

I think then that you’ll see why those of us in Ontario education hold Peter in such high esteem.  His wisdom and understanding of learning is chilling.  Next time someone says that “<insert your technology> is a game changer”, you might want to ask just what game is being changed.  The answer may well be the learning of how the new technology works and the work that causes for educators.  Is good teaching, learning, pedagogy all that different?  What a wonderful exhibit to support the notion that learning how to be a good teacher comes first, being a good teacher using technology comes next.

Maybe we could get Peter to rewrite it with today’s brightest and shiniest in place.

What another wonderful week of sharing from Ontario Educators.  I hope that you can take a few moments and read the insights provided by these fine bloggers.  Then, check out the complete list here.