I’ve never really been what you might call a history buff.  But, I do get interested and involved at times.  The past couple of years around here and, I suspect anywhere along the Canada / US border, there has been interest because of the anniversary of the War of 1812.

You can’t throw a stone around here and not hit something that isn’t some sort of historical artifact of the war.  We’ve made trips to Kent County and the Niagara Region and it’s been the same thing if you keep your eyes open.

It’s of interest if you’ve got any kind of curiosity about Canada’s timeline.

Recently, I ran into the perfect tool for this sort of exploration.  I love a good visualisation and this really does it.  It’s call Chronas and is very timeline and event driven.  When we think of the year 1812, the war of course, comes to mind.  But there’s a whole other world that was developing at the time too.  So, I adjusted the Chronas timeline to take a look around.

The exploration is enhanced by clicking the eye icon in the top corner.  Using information from the Wikipedia and Wikidata, you get an interesting global perspective from that year.  The eye icon opens a collection of images from the year and a mouse over points to where the image was found.  The world is coloured nicely with the political regions of the time. By itself, it opens interesting worldly questions of the time.

What Dynasty was ruling China?  How big and diverse was Russia?  How could little ol’ Portugal be that big in what we would identify as Brasil today? What was the language of Brasil?  Is it Spanish as so many people think?  Look at the borders of Mexico?

So many good questions.

But, of course, if we’re talking the War of 1812, we want to zero in on North America.  it’s fascinating to look at the organisation that was. 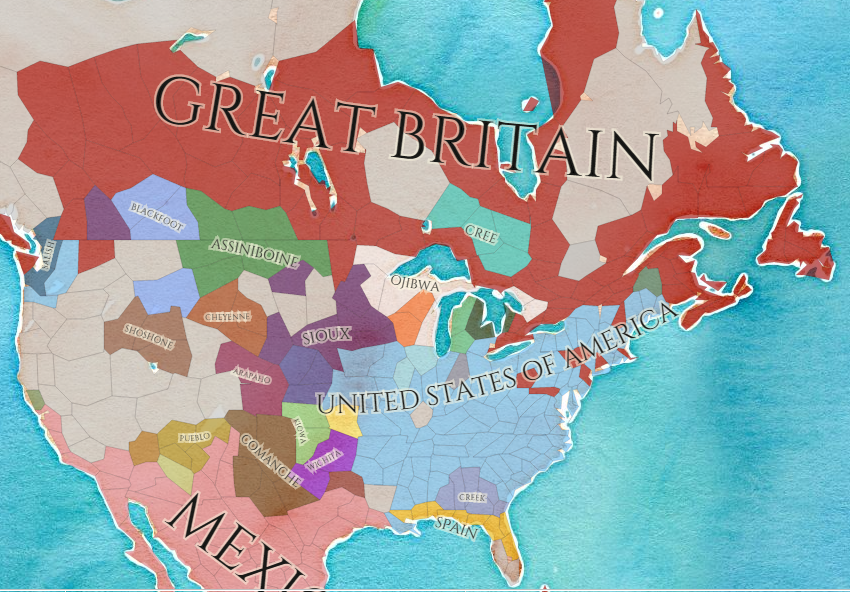 So much of the history of the world and its organisation was based on religion.  From the left side, there are tools to dig into the data. 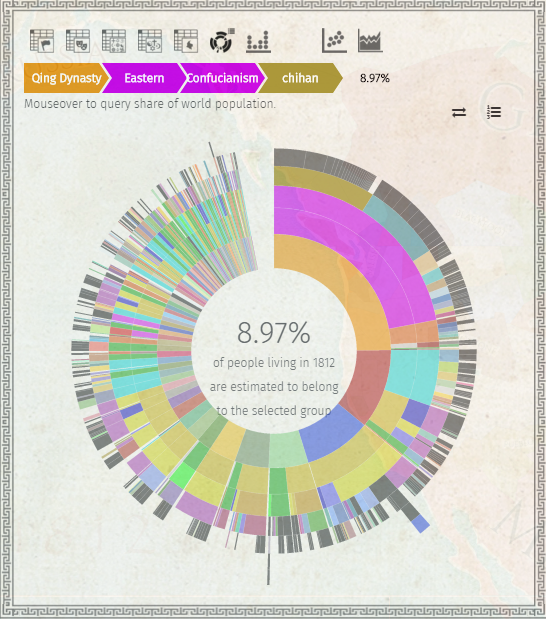 The site claims to be early in its creation but it’s a wonderful tool that I think every social studies teacher would we well advised to bookmark and make reference to it where appropriate.