Recent events have probably drawn more interest and, hopefully, inquiry about our world.

I know that I was hit this morning.  I was reading about the arrival of some refugees in Windsor.

‘I just want to live a normal life, a safe life’: Syrian refugees arrive in Windsor

It was another important feel-good story of how Canada is embracing some of those who have left their homes.  In the middle of the story, the report indicates that the London Diocese had supported people from “Syria, Iraq, Eritrea”.  Eritrea?  That was a new county to me.  So, I did what seemed natural.  I asked Google Maps to find it for me on its world map.

My next step was to take a look around using Streetview. Out I dragged the Pegman and nothing turned blue which is the usual indication that there was imagery.  Was Google Maps broken?

So, I went somewhere I knew that there had been images – Windsor – yep, it’s working.

So, back to Eritrea.  Still nothing.  I ended up dragging Pegman around a number of countries close by and noticed that some had been well mapped and others not at all.

Now, inquiry is getting the best of me.  Obviously, there are some places that had been mapped and others not.  What about world-wide?

This wasn’t going to be as easy as I thought.  I zoomed out as far as I could with Google Maps and just couldn’t fit the entire world on one screen.  Maybe I need a bigger monitor?  Doing things, I also realized how North American centric my mind was.  Every world map that I’ve ever seen has North American on the left and Europe/Asia on the right.  Ditto for South American and Africa.  And, Australia is always way over there on the right.  Probably by logistics, we see bits and pieces of Antarctica but that’s about it.  If I was a student in Australia, what would a world map look like there?

For this experiment, since I couldn’t get the entire world on the screen at once, I decided to carve it up into pieces.  Even that was difficult since I couldn’t get the entire continent on the screen at once.  Time to play with the zoom on my screen in addition to the zoom in Google Maps.  Pegman got really small!  But, I knew where it should be and the cursor still changed to a grabby hand so I was able to pull it out for this purpose. 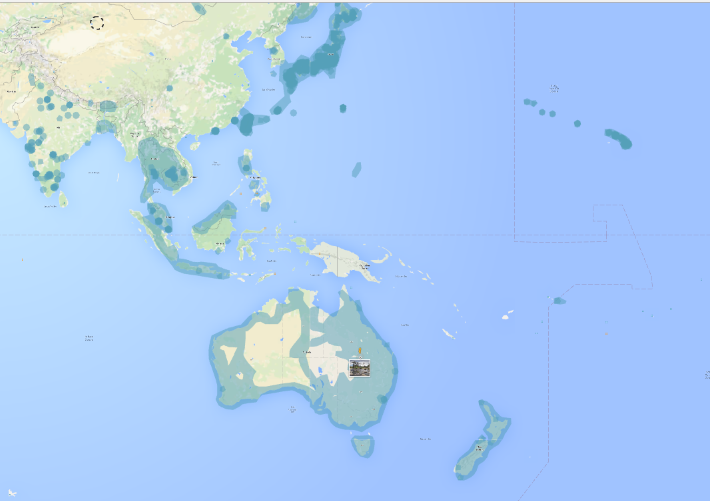 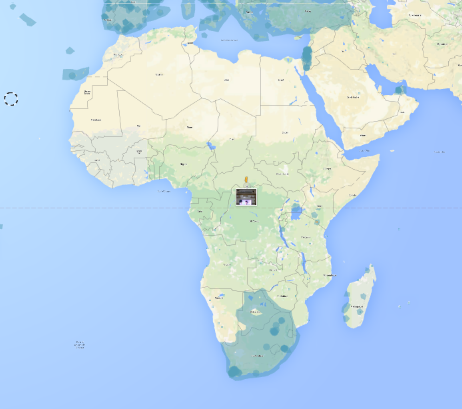 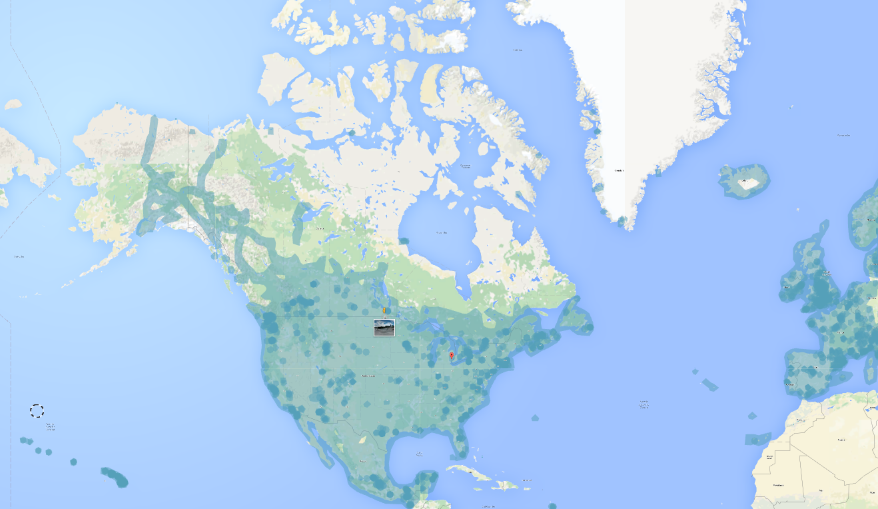 At this resolution, except for a thumbnail concept exploration, the maps aren’t particularly helpful.  If you’re looking for actual streetview imagery, zooming in rather than zooming out is a much better strategy.  Try hitting Ouellette Avenue in Windsor, for example, from this distance.

Some of the reasons are easy.  In northern Canada, there just aren’t any roads to map!  But, is that the only reason for the rest of the world?

One thought on “Where hasn’t Google been?”