It may have started with Alan Funt and Candid Camera.  Or maybe even further back.

Today, we can all be our own camera person, audio/video editor, producer, director, and even capturer of cats doing funny things.  I’m a doer of these things; if my Samsung Smartphone is within reach and there’s something that catches my eye like the fog rolling up the Detroit River, I’ll drop what I’m doing to take a picture. 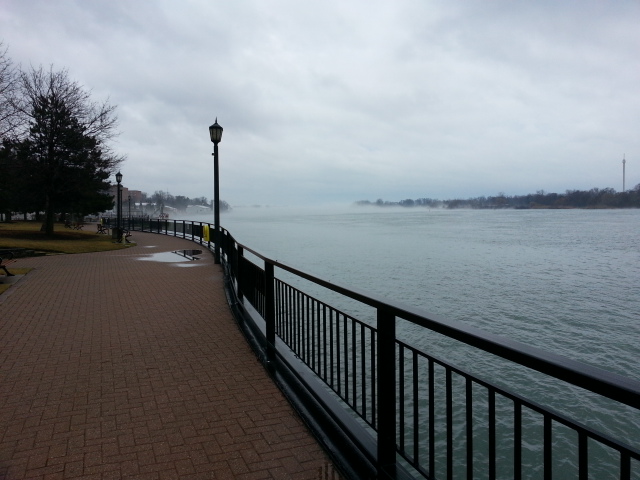 It’s all in good fun and great to share with family and friends.  (and now you, valued blog reader)

But, to paraphrase Daniel Beylerian, when used for other purposes, “it gets real”.

This video is all over the news this week – a police officer addressing a Uber driver and the moment caught by a passenger in the back seat and then shared with the world.  Of course, this is the stuff that news organizations thrive on which explains the wide spread viewing of it.  You have to have seen it already but, in case you haven’t, it’s embedded below.

Consequently, the officer in question has been assigned to desk duty and has been recorded making a formal apology for his actions.  In my interactions with police officers, I’ve never experienced anything like this.  They’ve always been polite, professional, and doing their jobs.  Videos like that never end up on social media.

Cameras are everywhere, as noted previously on this blog.  One day, I actually started counting the number of times that I was caught on camera and was up to 30 until I realized that those were only the cameras that were out in the open so that I could see them.  How many can I not see?  That’s when the counting stopped.  I didn’t curl up into a ball in the corner and start shaking but I’ll admit to making the potential enormity of the situation start me thinking.  I could have taken a video of the lady at ##### that treated my daughter and I so badly.  That would have gone viral.  But to what end?

But, I wonder…are we becoming a self-policing Orwellian state?  Does the threat of being captured on video at any moment mean that we have to be on best behaviour 24/7 lest the worst happen?

What does this mean for the classroom?  Have you ever worked your way through a problem and made a mistake?  What if that mistake was captured on video and then showed to the world so that you could be ridiculed?  How many times can you get away with “I was just seeing if you were paying attention”?

Are there certain placed in society that we shouldn’t be recording?  It’s sad that it had to be done, but at some of the local shopping malls, there are signs indicating that phones aren’t allowed in the washrooms.  Has it come to the point where we need to have signs reminding us of common sense?

Where does it all end?