A few days ago, I responded to a Twitter message from @ICTEvangelist…

I have great respect for his writing and was intrigued so followed the link which led to a post here.  How could I not?  It had a hashtag.

Upon landing, it looked like staffrm.io was another blogging platform.  So, I replied to his message; I’ve learned so much from Mark, the least I could do is show a little bit of internet respect and reply to his blog post.  I did.  It turns out that you need an account on staffrm to do anything.  That’s OK.  What’s another account in today’s online world?  As with most services, there are rules.

That was interesting.  What I had initially classified as a blog was actually billing itself as a “professional learning community”.  I’m good with that.  I leave my reply, carefully formatted, and then took a look at it after the fact.  All of my hard work had been “butchered” and it appeared as one long text.  Sigh.  I send Mark back reply apologizing; I didn’t want him to think I didn’t know my way around a keyboard.  I got a message back in seconds indicating that it had been reformatted by the mighty @pepsmccrea.  You’ve got to have respect for anyone described as “mighty”.

Within moments, I had received an email from the mighty one.  The message helped confirm that this wasn’t just another blog and that it truly was a different type of community.  They don’t use the term “post”, instead preferring to call them “stories”.  And, the other interesting thing that was a change in mindset, was that most people were using Mark’s story as inspiration to create their own stories.  You can see them all here.  There are actually quite a few so plan to do some reading if you follow that link.

It was also clear that I wasn’t in my local neighbourhood anymore.  Peps indicated that he thought I was the first Canadian using the service.  Cool!  I went back and discovered that I beat @sylviaduckworth to a reply by minutes.

Anyway, when you’re in Rome, er, the UK, do as they do.  I thought that I would take my reply and add it as a story and tag it with #techandme.

It was here that it confirmed for me that this was no ordinary blog.  Ultimately, I did get my post, er, story to appear here.

But, it wasn’t without a bit of frustration. I seldom create a post online.  Usually, I use Scribefire or some other local editor and then upload things when I’m done.  That we’re doing it online here is OK, to be expected, and may suit their purpose in the long run.

More rules.  The basic template for a story appears below.  It was very much unlike a regular blog post where I’m in control about what and how I want things.  Here there are standards!  You MUST have an image at the top of your story.  You MUST have a title and a subtitle. 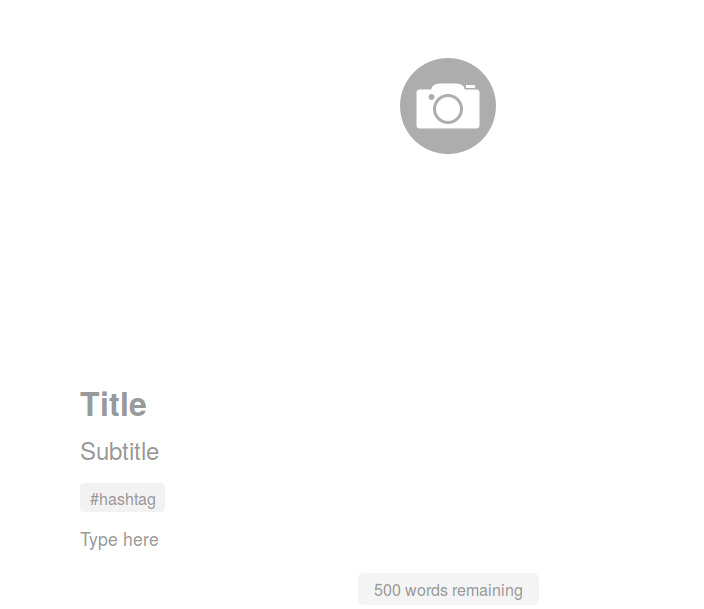 And you have to keep it under 500 words.  Uh oh.  There go my long, rambling rants, Noeline!

Formatting is done inline and an editing menu pops up when you double click some of your content.

In a way, I was reminded of OmmWriter where you’re writing in a very clean environment without menus or ribbons for distraction.

I muddled through and got it published. 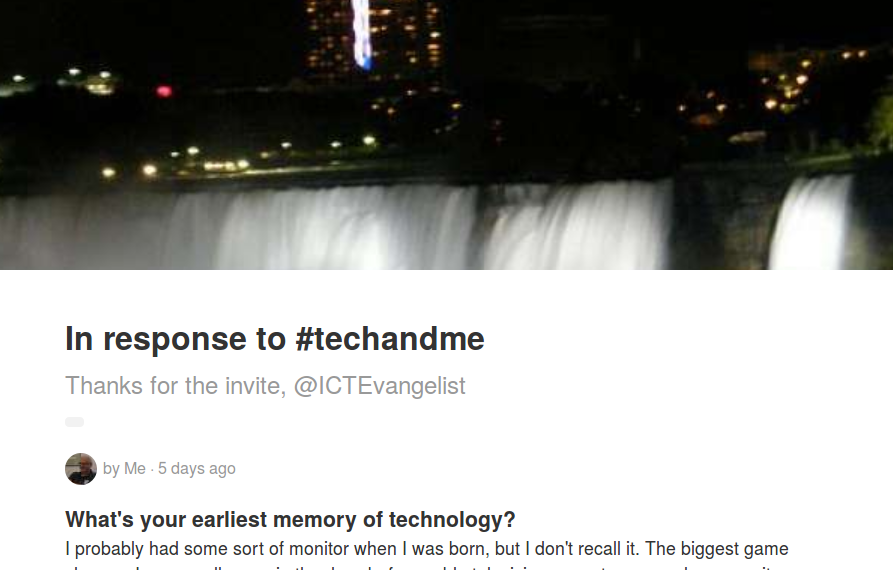 You’ll probably recognize the picture from my photowalk at Niagara Falls.  It was the first thing that came to me – I wanted to have a bit of Canadiana to my first story.  The title made sense.  I made up something for the subtitle.  The need for that really caught me a bit off guard.

The process challenged my blogging mindset.  I’ll admit that it was frustrating at the time but, when done, I was glad that I did it.  I think it made me write and publish a better story.  I like things that challenge me.

Once done, my story is there along with a lot of other pieces of great writing.  It was very interesting to poke around and see what others were writing like this one – “Differentiation and Programming“.

After my initial post, I ended up with a few folks following me.  That’s always a boost to the ego.

Recently, I’ve been reading that some folks are becoming disenchanted with traditional social media in that it’s become too loud, too commercial, too offtrack, …  If you’re in that boat, or are just looking for an educator community, you might just want to check staffrm out.  I like the content that I’m reading.  I need to find somehow to aggregate it.

All the mighty best to the developers working on this project.