If you listened to morning radio in the Detroit / Windsor area a few years ago, JJ and the Morning Crew was great listening.  I was in a carpool at the time and we would flip over from the Windsor station to listen to Dick the Bruiser’s rants.  They were on at the same time every morning.  George Baier who was the voice of the Bruiser was hilarious.  His approach was pretty straight forward – “<today’s topic – “what does this mean?”> and then he was off on a rant.

The whole show came back in a flash of memories this weekend in conversation with a couple of friends.  We’d seen the message “I’m a Power User” with respect to technology.

All I could visualize was Dick the Bruiser “Power User – What Does This Mean?”

I remember at one time being asked if I wanted to be part of a Power User Group.  In the back of my mind, I immediately thought of the classic Groucho Marx Line “I wouldn’t want to belong to a club that would have me as a member.”

But, instead, with tongue firmly planted in my cheek, I said “What makes for a Power User? Does that mean that I can use Bold and Underline in the same document?”  As silly as that sounds, it stood up well against the comeback, “No, you know what I mean”.  Really?  Does it mean that your computer skills don’t smell but other people’s do?

I’ve had this conversation a number of times.  There are organizations that certify teachers as Power Users or equivalent.  It ultimately means that they’ve mastered the ins and outs of a particular piece of software.  Tim King, in his Dusty World blog has talked about this a number of times, naming names, and noting for all that these Power Users end up just shilling for a particular company.  And, I guess people are OK with that.  They might also get some free swag or other things in exchange for their promotions.

I’m not really comfortable with the concept that there are Power Users and then there are the rest of us.  People do what they can with the skill set that they have.  I think that the biggest compliment that can be given happens when they indicate that they are constantly learning and using this learning to do better things for themselves and, in the case of education, for their students.

To me, those are the real heroes.

I’m less impressed with someone knowing that the bold command is in the Edit Menu or can be activated by some combination of keystrokes and then declaring themselves Power Users.

Just the label conveys the impression that they’ve reached a particular level of knowing everything.  For everyone else, they know that that level can never be truly obtained and just keep on learning.

I suppose it was inevitable but undesirable actions have invaded my morning reading.

This morning, as per normal, I’m reading stories on Zite on my iPad.  In the background, I had a Detroit television station on and was giving partial attention to it.  The stories and pictures from the American Thanksgiving Day Parade were terrific.

As I looked down at my iPad, I noticed that it was sitting at the Apple App Store, wanting me to download this application.  It was one of those fighting world applications that I wouldn’t normally be bothered with.  Weird.  I exited the store and went back to Zite.

As it was loading, I thought to myself that I must have had a story open and then attention flipped to the television and my finger slipped and touched something on the screen to launch a download.

So, I go back in and tap to bring up the same story that I had been reading, and again, paying only partial attention because there was a story about the Pistons.  As I looked down again, I was back in the App Store.  This was more than a coincidence now.

Ever the believer in three strikes, I mute the television and try again.

Sure enough, just after the article loads, Zite quits and the App Store opens to this application.

Now I know for sure it wasn’t something that I was doing.  This was a deliberate move on the part of the story that I was attempting to read.

I started to think – this has to be some scam / scum to get the reader to download the application.  I’m sure not about to do that.

But, I’ll get even.  I’ll review the app and give it a one star rating.  That will fix them.  There’s a mean side to me after all.

Sadly, the App store won’t let me rate something that I don’t own.  Rats.

Well, I suppose the best I can do is make sure that Zite doesn’t send it to me again.  I gave the article a big thumbs down.  I should never see something from that place again.

During our noon hour walk, Jaimie asked if I had tried to open the story on a computer instead of the iPad.  That way I could look at the source code and see just how the article was forcing Zite to quit and the App Store to open.  Damn, that dog is smart.  I’ve got to file that under things I wish I’d done.

We’re back home and I decide to try it.  But, of course, I’ve shot myself in the foot.  I can’t find the story again because I’ve told Zite never to show me it again.

In a world where you think you’ve seen everything, this was something new for me.  The frustrating thing is that there isn’t anything to indicate that the story to be read was shady at all.  The title and preview were legitimate enough.  It was only after opening the story that a hidden payload action was released.

So, during this morning’s walk Jaimie and I were talking about what content to put into this post.  As always, there’s always some great stuff from Ontario Educators.  Of all the posts that I do, this is far and away the easier one to do.  The only difficult thing is to weed it to keep it down to three-five entries.  (See my TL friends, I do listen and learn your code words.)  As we were walking, he indicated that I’m all about this coding thing so why not highlight some Hour of Code stuff from Ontario people so that teachers have at least a week to plan for something for the Hour of Code, December 8-14.  So now the secret’s out – the brains behind this blog is a 5 year old Shepherd/Husky cross. 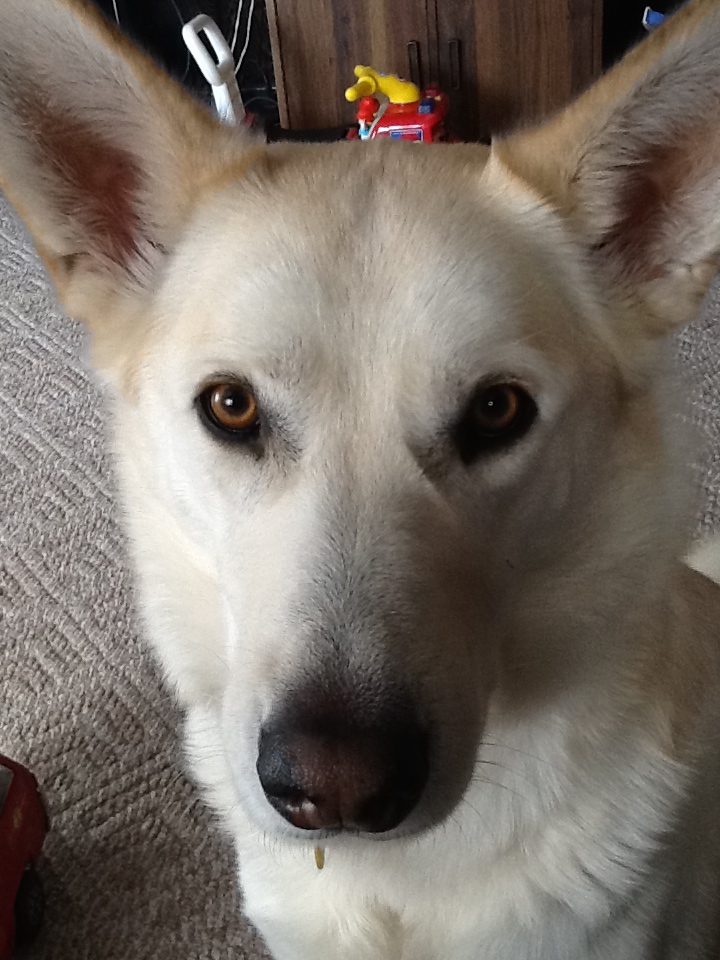 It sounds like a good idea so here goes…

From the Minds on Media event at the recently concluded Bring IT, Together conference, Peter McAsh shares his collection of links and resources for coding in the elementary school.

I’m a big fan of the Hopscotch programming language if you have access to iPads in your classroom.  This link takes you to my Hopscotch page on my PD Wiki.

Making a palindrome from a user-provided String in Java

It’s hard to convince the non-converted that coding can be fun.  One of the fun problems that has to be part of any program of computer science has to be coding fun with palindromes.  “Able was I ere I saw Elba”.

It’s fun to create palindromes and it’s also fun to input a string to test if the string is indeed a palindrome itself.  It lends itself to a discussion of rules – does capitalization count?  How about punctuation?  Spaces?

True story – I woke up and played this YouTube video from Brandon Grasley this morning.  It’s just plain fun – and a reminder that Hour of Code isn’t limited to the youngest of students.

For the unbeliever, this is always the question.  A few others – where do I find the time?  How do I learn this stuff?  Does it fit the regular curriculum?

Scott McKenzie addresses much of this in his post…

Learn to Code – A Hands on Tutorial for Teachers

Maybe coding in the Scratch language is where you want to be with your students.  On Wednesday evening, Brian Aspinall led a unique opportunity in #csk8 to learn a bit about the basics of Scratch and how to develop an application.

The session was captured by hashtag and a Storify document created from it.

Finally, in case you missed it, I had checked my Hour of Code links from last year, updated them, and added a few more.

In addition to updating the Learning and Pearltree resources used previously, I added a Flipboard and NKWiry version.  If you’re interested in my resources, you only need to check one of them.  They all point to the same resources.  It was just my way to force myself to keep at least a modicum of functionality with these tools.

Jaimie was right.  That was fun and I hope helpful.

Check out all of the Ontario Educators blogging list here.

Maybe I should add these links to a Livebinder for next year….