I’ve never met Vicky Loras but she has opened up so many doors for me.

I think I probably got started with social networking like most people  I was curious about Twitter or Facebook and started an account.  Then, I read a post “Top 10 People to Follow on Twitter” or the like.  You end up following the “A” Crowd which turns out to be a cadre of people flogging books or their next presentation and not much else.  I liken it to an elevator that doesn’t go to the top floor.  It wasn’t satisfying so I turned to the person next to me, found out his name and followed him.  It was more satisfying and from there, it just kept snowballing.

So often, I read people bragging that “I gots a PLN” and it’s always interesting to ask just what that means.  “You know, I talk to people on Twitter”.  Really?  What does this mean?

Perhaps the worse experience was one particular Ontario teacher who was spreading the evils of NCLB and how it was killing Ontario education.  Yeah.  I’d love to sit in on a class on media literacy with that one.

Back to Vicky.  I have no idea how we connected online but we did and share comments and thoughts almost daily it seems.

I’m intrigued by the Loras Network – a company she and her sister run in Zug, Switzerland teaching English in a very multi-lingual, modern city. 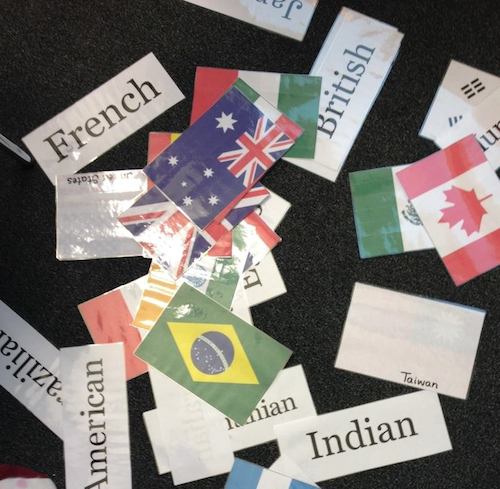 Things must be going well, they’ve recently moved to a newer location.  Congratulations to them on that.  A while ago, I had interviewed Vicky on the importance of learning English in her environment.  I re-read it before writing this post to put things in perspective for me.

I enjoy the blogs posts coming from Switzerland by her and her sister Eugenia.  You’re quick to realize that they have a passion for language teaching/learning and the entrepreneurial efforts that go into running their organization.

I suppose that the love affair could end there but it didn’t.  Making the connections there opened many doors for me.  It really struck me this morning when I read a wonderful post from Hana Tichá.  The post exposed me to a new term, the RPPLN.  (Reflection Practice PLN).  Left to my own devices, there’s a very slim chance that I would have ever run into Hana or her thoughts.  As a result of her posting, she’s got me thinking.  What better tribute can you give someone?  I don’t consciously go looking for bloggers from the Czech Republic but, thanks to Vicky, I did.

I’ve mentioned before that I have a Twitter list entitled “Over There” where I’ve tried to keep track and manage the connections that I’ve made outside Canada and the United States.  Even just the activity of creating the list was a reminder of how rich my learning has become because of the proper connections.  By connecting with Vicky, this has opened up access to a whole group of language teachers in Europe who think and share so much.  I even was interviewed by one for my thoughts about the use of technology in the classroom.

This is but one example of the value of connections and was made easier to start a blog post because it was inspired by Hana’s post this morning.  The true, valuable connections can be seen on a daily basis online “over there” or just down the street.  I could never begin to write a blog post entitled “The Top 1000 People That Have Great Ideas” but I wish I could to give a salute to those I learn from daily.

On this cold and snowy weekend, it surely gave me a great opportunity to sit back and just value where the connections have taken me.  It’s difficult to describe – sort of like explaining snow to a Martian – but you know it when you see it.

The best learning can start with just one valuable connection.