It was just a week ago that I blogged about Symbaloo and webmixes.  I have Symbaloo set as the start page for my computers.  I have tried a number of like utilities in the past and, with the retirement of iGoogle, have found it indispensible as a portal to the places that I want to go.  I absolutely think it’s the best place for me to start.

As I opened my computer this morning to wake it from sleep, I checked my email to read that there was an opportunity to take a preview look at what Symbaloo is going to look like when we all get migrated to the new interface in April.  How could I not take the opportunity.

As I said yes, a new tab opened with a dialogue to let me choose the new interface.  Yes, I said.

At that moment, I had a very unique opportunity.  Since the new layout opened a new tab, I actually had both the old layout and the new layout sitting there in front of me in adjacent tabs.  Does that scream “blog post”?  I just had to take a couple of screen shots and away I go.

Here’s my original Symbaloo layout.  It’s still as good looking and as functional as ever. 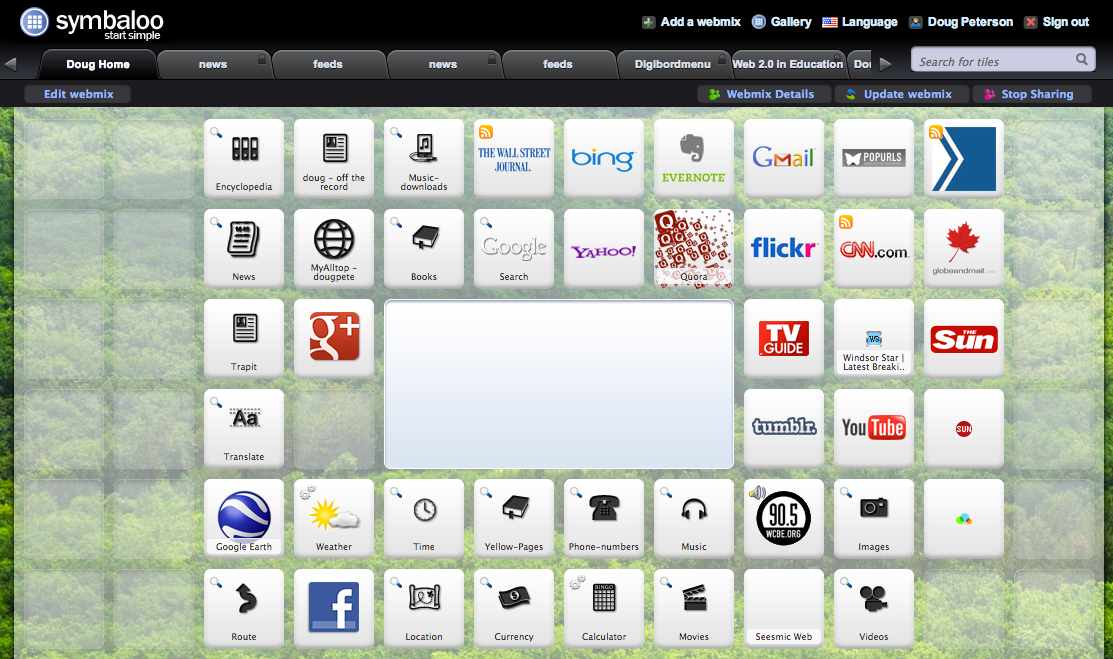 Right next door, I have the new layout.  There are a slew of new icons that I’ll probably get around to exploring at some time but my first blush had me looking at the functionality.  There were no immediate changes available in the preferences but the screen presentation was noticeably different. 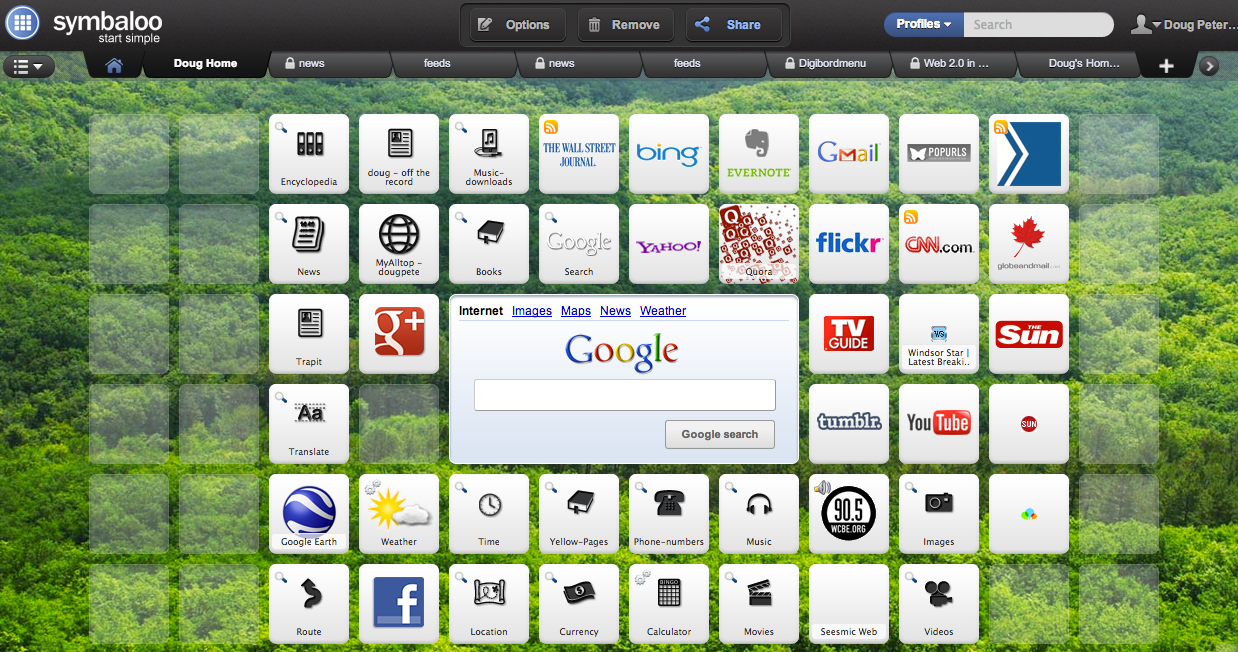 On the left side, a pull down menu gives access to my webmixes.  I have a modest collection because previously the only way to get to one was to scroll through the names at the top of the screen.  Here heading directly to a webmix looks like it’s going to be very quick.  I can see myself starting to add webmixes and maybe even curate a few more of my own.

Speaking of webmixes, check out the ways that you may now edit a webmix.

I’m really liking the new presentation.  I think it’s a nice step forward for the product.  However, there’s this nagging feeling after reading the announce and seeing point number five.

5. Symbaloo secretsThere’s more… Did you already discovered something new?

That’s a challenge for a guy like me.  Got to continue to dig.

At this point in time, the iPad version of Symbaloo has not been updated.  However, the web version looks very nice and hopefully there’s an upgrade for mobile shortly.  For educators, this is such a valuable tool to make sure that students all launch and end up in the right place.