There has been much written about the new Apple Maps that comes with iOS6.  While there have been a few that are fans of it, the majority of the press has been negative.  I decided to take a look myself and see how it might impact my little world.  Mapping for the consumer is a fairly mature process.  It’s on your smart phone, the web, your portable GPS and an option in new vehicles.  Not only do I use it personally when going on trips to new places, it’s helped me find quicker ways to get around places that I already know about.

My first steps weren’t off to a great start.  I asked it to plot where I was – and it turned out to be half a concession away.  That’s not a great start but at least the concession road was right.  But, I know where I live so I guess that’s pretty much irrelevant.  Let’s try something more serious.

Like dog walking.  One of our favourite places to go for a walk is in the heart of town and we’ll often stroll down Fort Malden Drive to see the sights.  Uh oh. 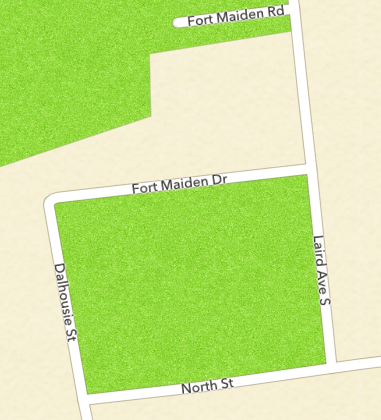 Don’t you hate it when OCR goes wrong?  That would probably explain Collison Sideroad too… 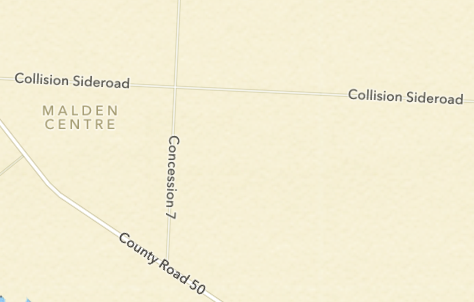 Cute little finds and I didn’t have to look too hard.  Maybe not deal breakers but when you can’t find an entire town?  I decided to take a look around Huron County.  There are five major towns there – Goderich, Clinton, Wingham, Seaforth, and Exeter.  Sadly, only Goderich was found in the right place.

This was an attempt to find Exeter, ON. 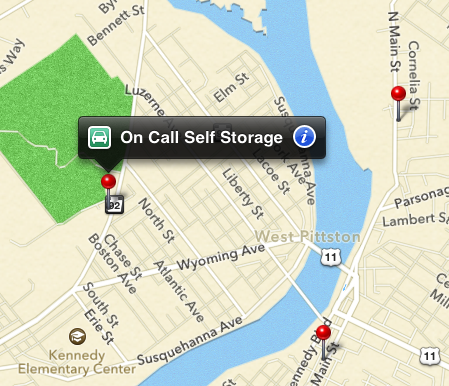 When I did zoom out, I discovered I80 and further zooming out reveals this to be in Pennsylvania in a place that appears to be called West Pittston. 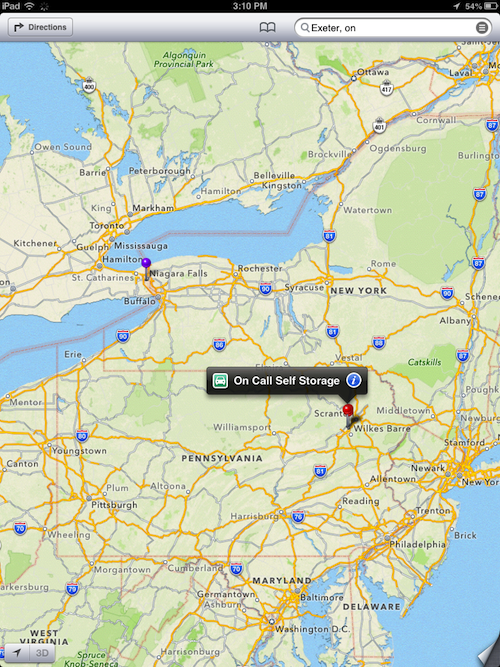 Not even close.  I can’t even comment on whether that’s up to date or recent.

So, while it may find Goderich, ON, it struck out with Exeter, ON.  Let’s spell it out… Exeter, Ontario.  This search does drop a pin in the right spot.  However, I’m not so sure about their phone number or website. 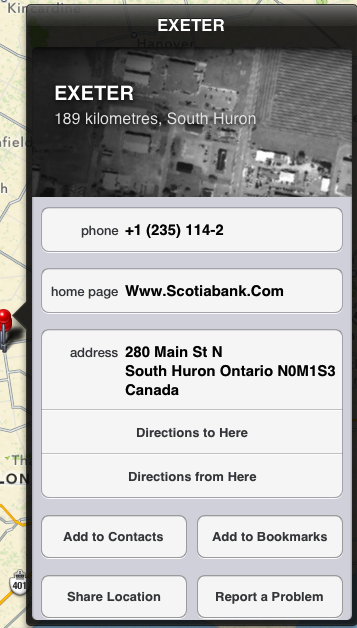 But, I can tell you this.  The town of Harrow, ON’s main intersection is County Road 11 and County Road 20.  This map has it labelled King’s Highway 18.  This was true – years ago until the province of Ontario gave up maintenance of highways!  The article dates it as 1997.  To the map’s defense, if you zoom in far enough, the road carries a double label of Highway 18 and County Road 20.  That’s not too confusing. 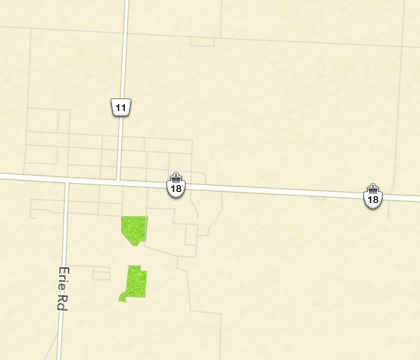 Sadly, all of this refers to places that I actually know about and wouldn’t be using a map application for anyway.  The same tests using Google or Bing Maps provide the right content.

Mapping problems have spawned all kinds of news stories of problems.  There is even a Tumblr page devoted to people identifying problems.  And, there are all kinds of alternatives.  Fortunately, I had already bookmarked the Google Maps Web Application and it was maps as usual for me.  If you are concerned, there are some good suggestions.

The unfortunate part of all this is that the implementation may also reflect badly on the partners that provide the content.  If you turn the leaf at the bottom right corner of the screen, you can see them.

It’s too bad that the original Google Maps application was removed.  It had been a good actor.  iOS6 could even have left it alone, installed the Apple Maps application and let the end user decide which one they would ultimately use.

For me, though, if I can’t trust the reliability of maps for places that I know, how can I rely on it to take me to new places?  The programmer in me really does hope that there’s a fix on the way.

But, for now, I’m going to stick to my Google Maps Web Application.